January 10, 2023:  Northern Graphite Corporation (NGC:TSX-V, NGPHF:OTCQB, FRA:0NG, XSTU:0NG) (the “Company” or “Northern”) announces that it has entered into an agreement with Innovation et Development Manicouagan (“IDM”) at Baie-Comeau, Quebec to evaluate sites for the construction of a planned 200,000 tonnes per year (“tpy”) battery anode material (“BAM”) plant in the industrial port zone of Baie-Comeau.  The plant would be one of the largest in the world and would convert graphite concentrate from the Company’s mines, as well as other producers, into anode material to supply existing and planned lithium-ion battery manufacturing plants throughout North America. Building a low-cost, large-scale conversion facility is a key component of Northern’s strategy to empower the electric vehicle industry by creating an end-to-end North American graphite supply chain from the mine to the battery.

Hugues Jacquemin, Northern’s CEO commented that, “Downstream processing is capital and energy intensive. It makes little sense for every graphite mine to develop its own capability. Northern intends to build a large-scale center of excellence based on our own production, but the participation of other graphite producers will be welcomed.”  He added, “The supply picture for natural graphite is marked by a significant dependence on China for both graphite mine production and downstream processing. Our proposed plant would solve both issues on an industry-wide scale by providing OEMs and battery makers with a transparent, ESG compliant supply of anode material to meet current and projected demand.”

Pursuant to the agreement, Northern has a 12-month period to evaluate several sites around Baie-Comeau to determine their technical and economic suitability for the proposed BAM plant. The sites range between 200,000 and 450,000m2 in size and have direct rail and port access as well as green hydroelectric power that would result in one of the lowest CO2 footprints in the industry. Quebec’s industrial rate for large power customers is one of the most competitive in the world.  Baie-Comeau is located 400km from Quebec City in the Cote-Nord economic region and has direct rail and road access to the rest of North America as well as a deep water, all season port. It is eligible for Plan Nord incentives and other assistance is potentially available under programs offered by the Manicouagan region, the province of Quebec and the Canadian and US Governments. Construction of the proposed battery plant would be subject to identification and acquisition of an appropriate site, receipt of regulatory approvals and financing.

Marcel Furlong, Prefect of the Manicouagan Regional County Municipality (RCM), commented that, "The Baie-Comeau industrial port area has a lot of space, as well as numerous energy and logistical resources, thus facilitating the establishment of a project in the battery and anode material industry. The Manicouagan RCM was also recognized by UNESCO in 2007 as the 14th and largest World Biosphere Reserve in Canada. For the past 15 years, the region has been able to develop relations with various stakeholders in its territory, facilitating dialogue with businesses and allowing the development of important industrial projects such as the one proposed by Northern Graphite. We can only welcome this collaborative agreement and commit ourselves with confidence to the success of the BAM project in our territory." 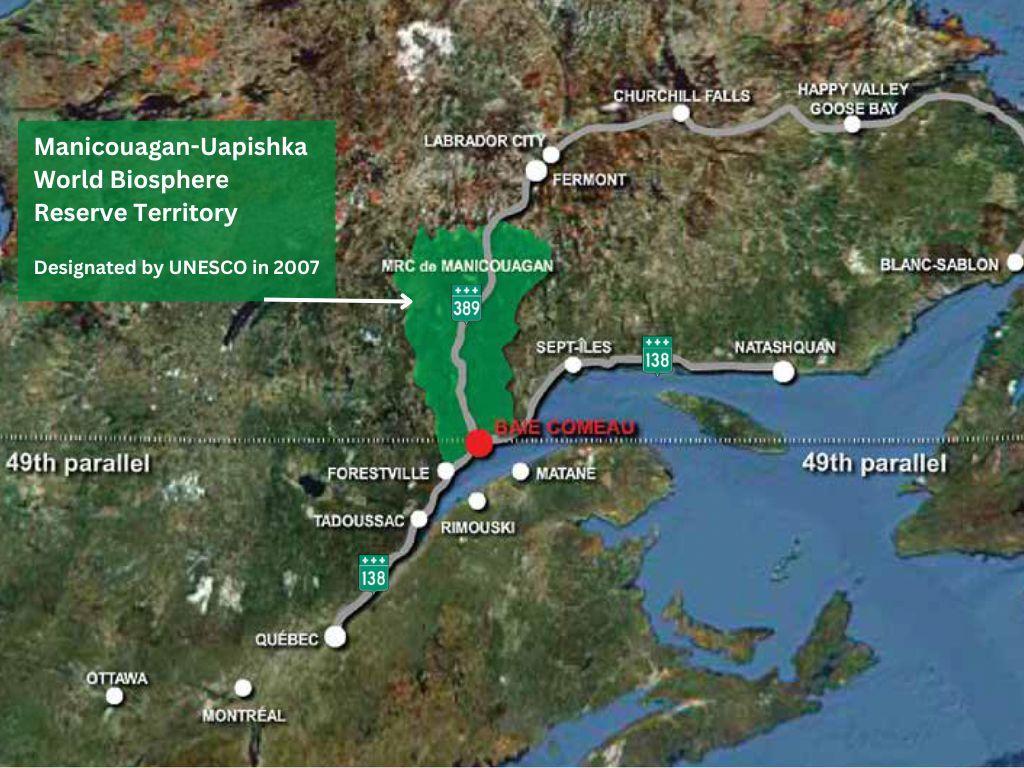 Northern is a Canadian, TSX Venture Exchange listed company that is focussed on becoming a world leader in producing natural graphite and upgrading it into high value products critical to the green economy including anode material for lithium ion batteries/EVs, fuel cells and graphene, as well as advanced industrial technologies.

Northern is the only significant graphite producing company in North America and will become the third largest outside of China when its Namibian operations come back online.  The Company also has two large scale development projects, Bissett Creek in Ontario and Okanjande in Namibia, that will be a source of continued production growth in the future.  All projects have “battery quality” graphite and are located close to infrastructure in politically stable countries.

Please visit the Company’s website at http://www.northerngraphite.com/investors/presentation/, the Company’s profile on www.sedar.com, our Social Channels listed below or contact the Company at (613) 271-2124.

This news release contains certain “forward-looking statements” within the meaning of applicable Canadian securities laws. Forward- looking statements and information are frequently characterized by words such as “plan”, “expect”, “project”, “intend”, “believe”, “anticipate”, “estimate”, “potential”, “possible” and other similar words, or statements that certain events or conditions “may”, “will”, “could”, or “should” occur. Forward-looking statements in this release include statements regarding, among others, the Company’s intentions with respect to the planned construction of a battery anode material processing plant, bringing its Namibian operations back on line, advancing its developments projects to production, and developing the capacity to manufacture value added products. All such forward-looking statements are based on assumptions and analyses made by management based on their experience and perception of historical trends, current conditions and expected future developments, as well as other factors they believe are appropriate in the circumstances. However, these statements are subject to a variety of risks and uncertainties and other factors that could cause actual events or results to differ materially from those projected including, but not limited to unexpected changes in laws, rules or regulations, or their enforcement by applicable authorities; the failure of other parties to perform as agreed; social or labour unrest; changes in commodity prices; unexpected failure or inadequacy of infrastructure and the failure of ongoing and contemplated studies to deliver anticipated results or results that would justify and support continued studies, development or operations; and the availability of adequate financial resources. Readers are cautioned not to place undue reliance on forward-looking information or statements.