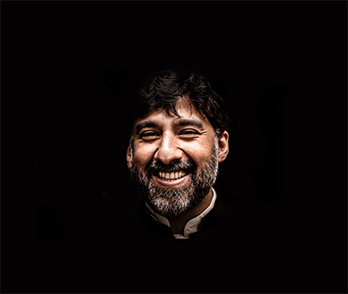 Mr. Bowes has over 30 years of experience in the resource and engineering industries. He holds an MBA from Queen’s University and an Honours B.Sc., Geology degree from the University of Waterloo. Mr. Bowes was Senior Vice President of Orezone Gold Corporation (ORE:TSX-V) from February 2009 to June 2010, and was Vice President, Corporate Development of its predecessor, Orezone Resources Inc., from January 2004 until September 2005 and was Chief Financial Officer from October 2005 to March 2007, and from April 2008 to February 2009. From December 2006 until April 2008, Mr. Bowes served as President, CEO and a director of San Anton Resource Corporation, which was then listed on the TSX.

Mr. Birge has over 20 years of experience advising public and private companies specializing in the resource, real estate and cannabis industries in Canada, the United States and Mexico. He also has over 20 years of experience in public and private education, including five years as Adjunct Professor of Business and twice elected Head of the Graduate Business Department at United States International University, Mexico City campus. He was the founder of Industrial Minerals Inc., the original owner of the Bisset Creek graphite project, and was responsible for the management change that led to the formation of Northern Graphite Corporation. Mr. Birge previously was the Vice-President of the Trust for Sustainable Development and was instrumental in successfully negotiating the $3 billion Loreto Bay development project with the Mexican federal government. In addition, he previously served as CEO, President and Director of Industrial Minerals Inc.; CEO, President and Director of Ammex Gold; and, CFO and Director of Wind Works Power Corp.

Mr. Christie is the President, CEO and a Director of Rockcliff Metals Corporation (RCLF:TSX-V), the CFO and a Director of Nevada Zinc Corporation (NZN:TSX-V) and a Director of Digihost Technology Inc. Mr. Christie is a Chartered Professional Accountant - Chartered Accountant. Mr. Christie formerly held the role of Chief Financial Officer Solvista Gold Corporation as well as Continental Gold Limited (CNL:TSX). Prior to his involvement with Continental Gold Limited, Mr. Christie co-founded Ollerhead Christie & Company Ltd., a privately held Toronto investment banking firm which sourced, structured and syndicated debt private placements and provided financial advisory services to a client base comprised primarily of colleges, universities, schools boards and provincial government agencies. Prior to founding Ollerhead Christie & Company Ltd., Mr. Christie served as a Managing Director of Newcourt Credit Group (then listed on the TSX and the NYSE), which subsequently combined with the CIT Group, Inc. While at Newcourt, Mr. Christie was involved in the structuring and syndication of over $1.5 billion of transactions. Mr. Christie holds an Honours B.Comm. degree from Queen’s University.

Dr. Raman is a serial mine finder and a successful entrepreneur with more than 46 years of international experience in all phases of exploration, mine development, acquisitions and operations as well as experience in related financial and legal areas. He has pioneered many new exploration concepts and strategies which have led to the discovery of eleven significant gold, silver, copper, zinc, phosphate and uranium deposits located near established mining camps, seven of which went on to become producing gold mines in Canada. As President and CEO of Holmer Gold Mines Ltd. (1985-2004) and Director and Advisor to Lake Shore Gold Corp. (2004-2016), Dr. Raman has been the driving force behind the discovery and development of the Timmins West Gold mine in a previously unknown extension of the Timmins Mine Trend which produced over 70 M ounces of gold. This new trend currently hosts several deposits and profitable mines operated by Lake Shore Gold which accepted a friendly $945M takeover offer from Tahoe Resources Inc. (THO:TSX) in 2016. Dr. Raman previously spent 13 years with Campbell Chibougamau Mines/Campbell Resources and the Royex Gold Mining Group of companies controlled by Ned Goodman. He joined as a Research Geologist and held various management positions including Vice President from 1980 to 1986. He played a key role in the discovery and development of six gold mines in Quebec, Ontario and the Canadian Arctic increasing the group’s market capitalization from $25M to $1B. Subsequently, these companies were sold to Home Stake Mining (now Barrick Gold) and Patino Mining Corp. Dr. Raman holds a Ph.D. in Geology from Carleton University, Ottawa and a Post-Graduate Diploma from the University of Vienna, Austria. Dr. Raman is currently a director of CBD Med Research Corp. (CBM.H:TSX-V) and SGX Resources Inc. (SXR:TSX-V).

Mr. Scarr is Chief Operating Officer and Vice President, Development & Exploration for Millennial Lithium Corp. (ML:TSX-V). He is founder and principal of IMEx Consulting, which provides business development, mining and marketing services to the industrial minerals industry. Mr. Scarr previously was Project Director for Enirgi Group at the Rincon lithium project in Argentina and prior to that was Country Manager and General Manager – Development for Galaxy Resources Limited’s (GXY:ASX) Sal de Vida lithium and potash brine project. Mr. Scarr spent 30 years with Rio Tinto Exploration and was most recently Commercial Director and VP Exploration, Industrial Minerals Division. He holds a B.Sc. in Earth Sciences from California State Polytechnic University and an MBA from Marshall School of Business at the University of Southern California.

Mr. McNeice provides financial consulting and chief financial officer services to emerging private and junior public companies in the resource sector. Presently, Mr. McNeice is also CFO of Aura Resources Inc. (AUU:TSX-V) and Carube Copper Corp. (CUC:TSX-V) where he is responsible for financial and regulatory reporting as well as day-to-day financial management. From September 2004 to May 2007, Mr. McNeice was CFO of Ur-Energy Inc. (URE:TSX/URG:NYSE American), a uranium exploration and development company now a US based producer of uranium. He was a key member of the management team directly involved in the initial public offering on the TSX. During Mr. McNeice’s tenure, Ur-Energy raised an aggregate of $150 million in a series of private placements, the IPO and several significant secondary financings. From 1990 to 2003, Mr. McNeice worked in public accounting with PricewaterhouseCoopers LLP where his primary focus was providing audit and regulatory reporting advisory services to Canadian and US publicly listed clients. Mr. McNeice holds an Honours B.Comm. degree from McMaster University and is a Chartered Professional Accountant (Ontario).